In 2010, the Northern Ireland government set ambitious renewable energy goals with the Strategic Energy Framework. Hitting those goals will rely in no small part on the development of new wind and solar energy installations across the rural Northern Irish countryside.

As the number of proposed renewable energy developments grew, however, so did community resistance.

Local residents worried that the industrialization of these rural areas would have an adverse effect on the well-being of their families and the economy, which relies heavily on tourism. These technologies, one person said, would irrevocably alter the natural landscapes of preserved areas.

“These are issues that are going to have a massive impact on people’s lives,” explained Kerry McCrory, a resident of Broughderg, one of the affected communities. “You’ve got something coming into the area that’s going to make it alien. It’s massive. And it’s really important that our voices be heard.”

Rather than ignore these concerns—or dismiss them as NIMBYism (a “not in my backyard” ethos)—a coalition of local stakeholders led by the Rural Community Network and Community Places embarked on a series of community dialogues, guided by Essential Partners.

At the start of the project, the Department for Infrastructure was actively considering several applications from developers, who had already surveyed the terrain for wind and solar farms.

Many community members were taken aback that planning had begun without a public discussion. The lack of transparency generated mistrust between residents, developers, and elected officials. Residents worried about the motives of the developers and became suspicious of any engagement process.

That’s when the Rural Community Network and Community Places contacted Essential Partners. From across the Atlantic, John Sarrouf and Bob Stains provided coaching and consultation.

“Essential Partners’ technique is used to explore contentious or divisive issues,” said Louise O’Kane, Planner and Engagement Officer from Community Places. “So we thought this was an ideal opportunity to explore all these complexities.”

The goal wasn’t to change the residents’ opinions about the development. The project leaders hoped to lead a series of dialogues that could surface and explore the deep concerns of people in the affected areas.

“Many of these people’s families had been living here for generations,” said Aidan Campbell of the Rural Community Network. “Who better to act as the custodians of the land than them? Their voices deserved to be heard.”

The dialogues included people from areas with proposed and existing renewable energy farms, who held a range of views on the costs and benefits. Despite the pre-existing conflict, though, the response to the dialogue process was “universally positive.”

Although the participants hailed from close-knit communities, the dialogues still uncovered new insights about one another. People who had been living and working together for years had never had the chance to share their views as openly, and as honestly, as they did during the dialogues.

“If the Essential Partners dialogue method had been built into the proposal process, they would have been able to build some trust at the outset,” said Lousie O’Kane of Community Places. “The community needs to be engaged at the earliest stage.”

The EP approach allowed “a civilized productive discussion,” said one dialogue participant, who hoped that they would be used in community consultations for new building developments.

“I found it a really useful method,” said O’Kane. “I am sure we’ll be using it again.” 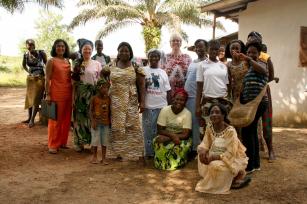 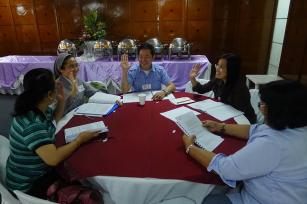 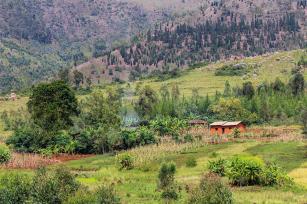 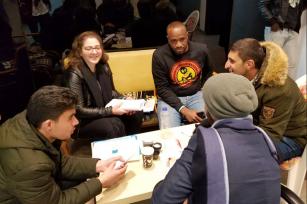