With God on Our Side: Hallowed Narratives as Swiss Cheese

I was recently invited to serve on a panel at Harvard Divinity School after the screening of a new film, With God on Our Side. The film follows a young man who was brought up in a Christian Zionist home, Christopher Harrell, as he travels around Israel and the Palestinian territories. Christopher sees much of what he envisioned as a child about the proverbial land of milk and honey. He sees the respectful preservation of Christian holy places by the Israelis. He sees the lush hillside looking down on the Sea of Galilee from the Mount of the Beatitudes where Jesus taught that peacemakers and those who thirst for righteousness are blessed. He sees the Western Wall and other ancient sacred places as well as the impressive urban structures of the cities of Israel.

I too saw these things when I traveled to Israel with an interfaith clergy group two years ago.

I too saw these things and heard a variety of stories, from Israelis and Palestinians, two years ago.

As someone who has facilitated Arab-Jewish dialogues, when I visited Israel and the West Bank I was not surprised to see both beautiful and disturbing sights, and both righteous and troubling ways of relating.  I felt admiration and sadness for people on both sides of that wall, struggling to be safe, struggling to express their humanity without reservation, struggling to be understood, and struggling to fulfill dreams of past and future generations.  But being there—meeting Israel “in person” so to speak—was transformative.  It intensified my appreciation for the heartbreaking and vexing complexities and contradictions of the social, political, religious and moral landscape.  The transformation in my experience and understanding was like turning away from the snowy picture of a 1950s TV set to view a high definition color TV of the twenty-first century.  The vividness of the experience added much heart to my more cognitive ways of understanding the place and the people.

In With God on Our Side, Christopher saw what I saw but had a different experience.  He had spent his entire childhood learning an idealized history of Zionism.  He had learned that supporting the Jewish state was the path to Christian salvation.  He was taught that the glorious “end times” could not come until the Israelis ruled over all of the Palestinian territories and more.  Churches like his sent money regularly to the most zealous Jewish settlers in the Palestinian territories.  He hadn’t been exposed to the debates within Israel, among Israeli Jews, about difficult dilemmas.  He didn’t know about the Palestinians’ life circumstances or the peace movement within Israel.  He had painted all Israeli Jews with one brush in shimmering, bold colors.

Then he met Palestinians who had another story to tell.  His comfortable and coherent narrative about the Holy Land, which had been presented to him by people he trusted, began to look quite incomplete.  It was like Swiss cheese that had been sold as solid cheddar.  The holes were there but had been shielded from his sight.  The journey he took with the filmmaker, Porter Speakman, Jr., was an opportunity to see and fill some of the holes.  The film, intended primarily for Christian Zionist audiences, invites the viewer into Christopher’s journey.  It tells the stories that fill the holes.

After viewing the film at home I realized that, rather than speaking on the panel about dialogue, I wanted to offer people in the audience an opportunity to engage in dialogue.  I saw the film as an opportunity for viewers to reflect on the narratives they had grown up with and to notice what came up for them as they watched the film.  Before the screening I suggested that as people watched the film they might notice, for example, what resonated?  What made them uncomfortable? What seemed to be missing in the film? What did they experience that either confirmed or challenged their narratives—narratives about history, identity and meaning?  After the film, they shared their responses with just two or three other people in small dialogue groups.  These brief exchanges were no substitute for deep, ongoing dialogue but, hopefully, they were one small part of a larger journey of reflection, learning and connection.

Deep engagement in dialogue allows us to honor the narratives of the people we most trust while also giving others a chance to earn our trust, tell their stories and enrich our understanding. Through dialogue, we can add new colors and contours to the narratives that shape our beliefs and behavior.  Through dialogue, like Christopher Harrell, we can identify some previously unseen holes in stories that have been handed down as complete.  And through dialogue we can expand not only our understanding but also our compassion for those whose narratives have been shaped by life circumstances far different from our own.

Maggie Herzig is a Founding Associate of Essential Partners. 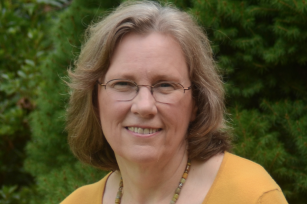