Like all the generations who came before us, we face a range of challenges that call for careful consideration, constructive debate, and collaborative problem-solving. But unlike any time in recent history, we are sharply and painfully divided. And the problem isn't simply that two large constellations of ideological thought reflexively oppose one another at every turn: it's that, underlying this opposition, we have forgotten how to talk about our conflicts constructively.

So: we need to talk.

Or, more to the point: we need to re-learn how to talk to the people behind the ideas we disagree with in ways that sidestep dysfunctional patterns of “attack and defend”.

But where does the process begin? And how do better conversations lead to better communities, anyway? Mainly, it’s a matter of making the bold choice to invest in each other. Let me explain by way of a favorite example.

Kate is a mom from Raleigh, North Carolina, and her story began with an awkward barbecue conversation at a friend’s home. Of Kate’s three children, one is white and two are black—as you can imagine, issues of race in America are never far from her mind. So when a discussion with an off-duty cop touched on issues relating to the Black Lives Matter movement and police brutality, she found herself bracing for the worst.

Now at this point, Kate could have walked away. And she wouldn’t be wrong for wanting to do so. But instead she made a bold decision to invest. She chose to engage: to listen with all the resilience she could muster, to ask deeper questions of the perspectives that challenged her own, and to better understand the life experiences of the person behind them. To her surprise, she left the conversation eager for deeper connections.

That’s where Essential Partners (EP) comes in. Inspired by the possibility of a new way to constructively engage over such a deeply divisive issue, Kate took an even bigger action: she asked if EP would invest, too, by helping frame a series of community discussions. Soon, we were working with her to facilitate community-wide talks between local cops and Black Lives Matter activists around Raleigh. Now, one year later, participants have committed to keeping up the dialogue, EP has trained 12 local facilitators to lead the way, and we’re seeking funding to support longer-term work in the community.

Kate’s community is starting to talk, and if the enthusiasm of participants on all sides is any indicator, it looks like they’re sticking to it. As a result, new relationships are forming. Trust and understanding are taking hold over destructive patterns that would otherwise alienate and divide people along the fault lines of an ideological disagreement.

Here’s the thing: investing in each other also means investing in communities and the resources they need to change themselves.

It takes commitment and dedication like Kate’s to build relationships through the engagement of difference. But it also takes a comprehensive and coordinated effort to change a community. Without resources and help from EP, Kate would be working on the fly. And without the generosity of our donors, EP could never have said “yes!” to Kate at all when she asked for our help.

People like Kate, in communities across the country, are eager to develop the tools needed for holding themselves together against the vicious pull of polarization. And over the past few years—most notably, since the 2016 Election—demand for EP’s trainings, facilitated dialogues, resources, and services has rocketed to an all-time high.

We are committed to saying “yes” to more communities like Kate’s, but we can only do it with the help of the people who support our mission.

Join them by making a gift today.

Conversations can change individuals and whole communities if we commit ourselves to a new way of engaging each other across divides, and if we invest in each other as people worthy of connection, and in the resources our communities need to better themselves.

Thank you for your support: whether financial, moral, or by being an example of better conversation in your circles and in your communities. Happy holidays!

Damien Lally is the Director of Development at Essential Partners. 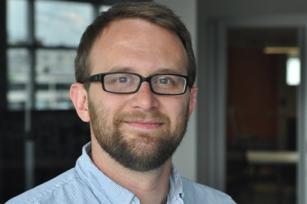