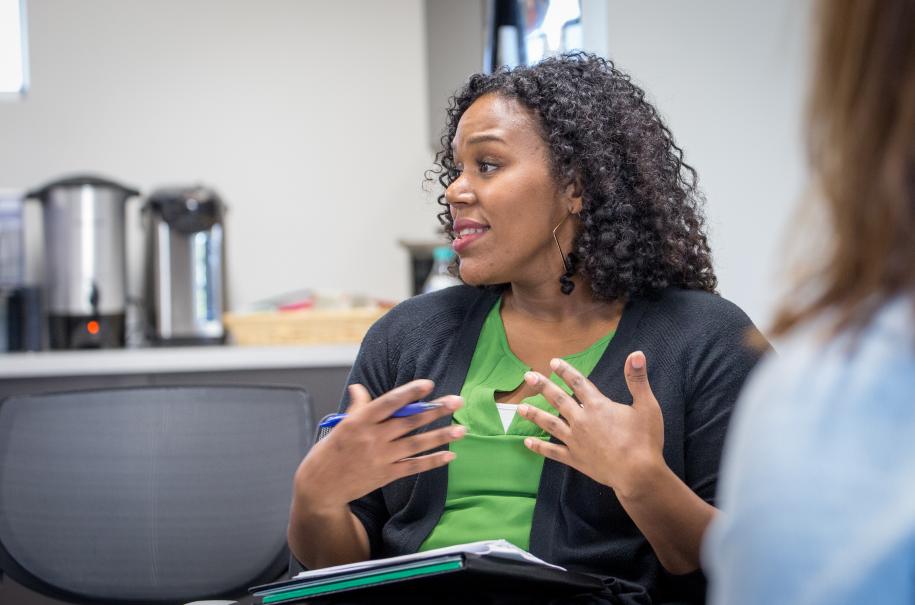 Late last summer, the Winthrop Rockefeller Institute (WRI) in Conway County, Arkansas, hired Essential Partners to offer two days of facilitation training to their program officers. The following week, the Arkansas Agriculture Secretary reached out to WRI to facilitate meetings of a task force on the use of the herbicide Dicamba.

Dicamba is one of the most effective herbicides for taming the spread of pigweed, an invasive plant threatening crops throughout the region.

Unfortunately, Dicamba also kills soybean crops whose seeds are not pre-treated for resistance to the herbicide. When Dicamba is used on one field, the herbicide can drift over neighboring fields and destroy another farmer’s crop.

Conflicts over herbicide drift have pitted neighbor against neighbor in a region where farmers are already struggling to survive. In October 2016, a dispute over Dicamba use resulted in the shooting death of a soybean farmer near the Missouri border.

The Arkansas Agriculture Secretary wanted an effective path through the heated, and now tragically violent debate.

With coaching from Essential Partners Senior Associate Bob Stains and the skills they developed during their EP training, the Winthrop Rockefeller Institute staff initiated a series of dialogues about the use of Dicamba. Farmers, seed dealers, product manufacturers, and crop consultants came together to share emotionally wrenching stories, building trust and understanding.

“In the workaround Dicamba,” said WRI's Chief Programs and Marketing Officer, Janet Harris, “the dialogue had to come first and inform the decision-making process because even in this very small and homogeneous population, folks had become deeply divided. Those differences were born from very strongly held moral values and beliefs on both sides.”

Harris explained that reflective structured dialogue allowed the participants to hear the “why” behind the “what.”

“Most importantly,” she said, “even though they weren’t unanimous in their final recommendation, they could look across the table at someone who disagreed and still empathize with that person’s story.”

WRI helped the group arrive at a policy recommendation, which was adopted by the state agency. And despite significant legal challenges as well as dissenting views, the members of the WRI dialogue group remain firm in their recommendation almost a year later.

"The dialogue had to come first and inform the decision-making process because even in this very small and homogeneous population, folks had become deeply divided."

“What I think we did with Dicamba,” Harris noted, “was less about the regulation of an herbicide than it was about the preservation of human relationships. They understood and appreciated one another and rediscovered their common ground.”

Since then, the Winthrop Rockefeller Institute has integrated reflective structured dialogue into many more projects.

“The learning we received from Essential Partners has helped us open up space for people to have difficult conversations in a different way. The more we do this, the more we realize that dialogue has to be a part of all our work.”

Most recently, WRI has employed EP’s dialogue techniques in a community development program, Uncommon Communities. They hope to encourage leaders in Arkansas’ rural communities to become catalysts for positive change and economic growth.

Even in small rural communities, Harris observed, there are rivalries and real differences of belief. And that’s where EP’s dialogue practices help.

“It’s not just a matter of civility,” she said. “It’s about our ability to foster mutual understanding across deep differences.”