Dialogue in the School Lunchroom: Lunch Circles at KIPP Academy 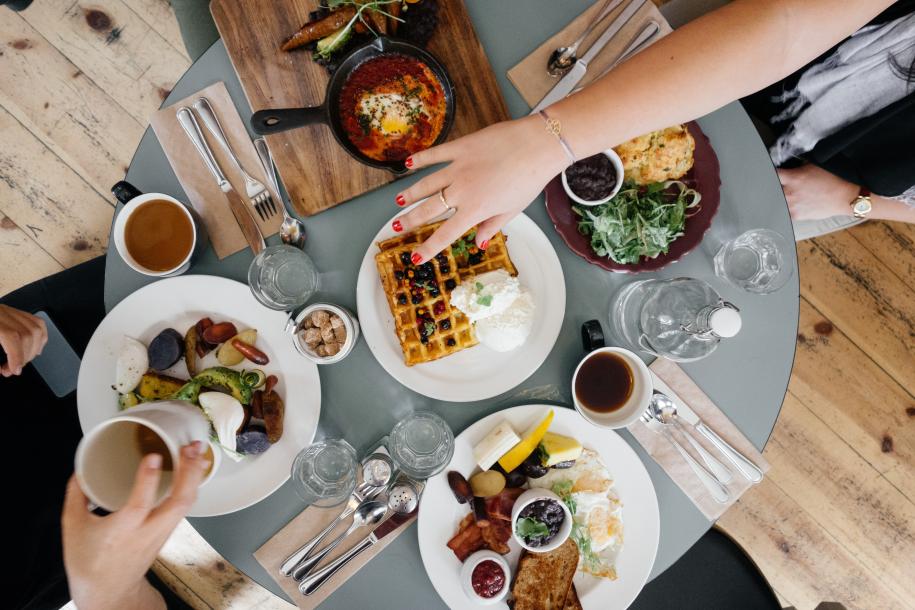 For the past two years, The Family Dinner Project has connected elementary and middle school children with area college students through a mentoring program called Lunch Circles that promotes, “Food, Fun, and Conversation about Things That Matter.” With 5th grade students from Lynn KIPP Academy and volunteer mentors from Gordon College, Lunch Circles engage conversations that explore all sorts of topics relevant to middle-schoolers (and to college students too, for that matter). The college students always found the KIPP students to be insightful but were especially impressed by their engagement with a lunch circle “dialogue experiment” conducted this spring.

Thanks to the input and advice of Vice Principal Mike Brown, typical Lunch Circles at KIPP delved into current events, ethical themes, and other salient topics for young students. Following the Super Bowl, they discussed the ethics of marketing. When asked whether it was ever OK to lie or exaggerate the truth when promoting a product, one student remarked astutely, “I think it is okay so long as people know it isn’t true.” On Valentine’s Day, the Lunch Circles talked about love and how to show loved ones that they care; when spring came, they discussed how to respond to changes in life. One week they talked about Responsibility, and one of the mentors was moved to hear a student in her group share that, “he had to care for [his sister] because no one else would.”

Mentors and students alike cherished the lunches with one another, knowing that their conversations were important “because they had real-life implications,” in addition to feeling the joy of connecting with one another in conversation over food. The pinnacle of their time together happened in the wake of the Boston Marathon Bombings, when they got to engage in a more structured dialogue together about different ways people respond to tragedy.

The dialogue was FDP intern Alex Clark’s idea. As a student in the Peace and Conflict Studies program at Gordon College, Alex was interested to see how elements of dialogue could be incorporated into Lunch Circles. She had planned to write a conversation prompt for Lunch Circles that involved dialogue after researching other organizations trying similar exercises with youth. When the Marathon Bombings happened, she saw her opportunity. With help from Essential Partners’ Bob Stains, she designed and refined her plan for dialogue.

Each “Circle” of four to six students, paired with the mentor with whom they had shared lunch for 6 weeks, was assigned one of three responses to tragedy: 1) Calling for justice/retribution, where delivering just punishment is the desire; 2) Seeking truth and information, where simply understanding what happened/is happening is the desire; and 3) Highlighting positive aspects or outcomes. “I wanted to move away from a structure that would suggest an ‘us-against-them,’ or competitive, conversation,” Alex says. “I intentionally created three responses to tragedy rather than two, to encourage them to work to understand each other.” And they did!

The groups were asked to put the response in their own words and to discuss amongst themselves how this response is reasonable and justified. The mentors reminded students that they did not have to agree with the response that they had been assigned, but that we were asking them to try to understand why someone would respond this way. As I helped facilitate, it was wonderful to watch them work to articulate another perspective. Already accustomed to listening attentively and supportively to their classmates (in large part because of the culture and values of KIPP), the students were remarkably good dialoguers.

In response to the final question Alex posed, “How can these responses work together?” one student eloquently explained that we need lots of information in order to exact a just punishment, and we need to stay optimistic in order to learn from the tragedy. By then, time was up, and the students continued the conversation with their friends as they cleared their lunches and left the room.

All of the mentors were blown away by the students’ dialogue skills—their respect for one another, their willingness to learn a new perspective, and their impulse to find a collaborative and constructive way forward—both to KIPP’s credit and to the credit of the students themselves. The mentors reported that the “KIPPsters” expanded their own ideas of just how much children know about the world.

The success of this dialogue “experiment” prompts the questions, How often do we underestimate the capacities of children? What other topics can kids dialogue about during times of connection, such as mealtimes? What if children were taught how to speak from personal experience, to ask questions out of genuine curiosity, and to use other dialogue techniques? What would the world look like then?

The Lunch Circles program of The Family Dinner Project looks forward to finding out!